Flying cars or air taxis and their business opportunities have recently become a hot topic. In this video, we are going to talk about the new air taxis (flying cars) which were unveiled (from 2019 to 2020). These best personal aircraft include SkyDrive SD-03, Bell Nexus 4EX, CityAirbus, Lift Hexa, Boeing PAV, Seraph, and Heaviside.

SkyDrive SD-03
SkyDrive SD-03 is a Toyota-backed flying car that is billed as the smallest electric VTOL. Equipped with eight rotors that help it fly safely even if there’s a motor failure, this one-seat SkyDrive model can fly for only five to ten minutes at a low speed of several miles per hour. The next version is expected to have a speed of up to 40 mph (60 kph) and an extended flight duration of 30 minutes. The company is currently waiting for approval for flights beyond the test field by the end of 2020, and it expects a two-seat commercial vehicle by 2023.

Lift Hexa
Hexa is an all-electric single-passenger air taxi aimed primarily at tourism and short-distance air travel. With a total empty weight of 432 pounds (196kg), HEXA can carry a 250 lb (113kg) passenger for up to 15 minutes of flight time. LIFT Aircraft is one of fifteen companies which are members of Agility Prime, the United States Air Force initiative to accelerate the commercial market for advanced air mobility vehicles.

Boeing PAV
Boeing PAV is a new-generation eVTOL passenger aircraft, or air-taxi designed and developed by Boeing for safe on-demand urban air transportation. Not much is provided about speed and payload weight, but the company says it designed for urban commutes with typical ranges up to 50 miles (80km).

Seraph
Seraph is a 12-rotor British electric flying taxi that can carry passengers and goods weighing up to 550 pounds (250 kilograms) at speeds up to 50 mph (80kmh). The Seraph was built by the company to test new technologies and systems which will be used in the upcoming passenger model, the VA-X1.

ELROY
ELROY is a flying car that is slightly larger than a compact car, but unexpectedly quiet and can fit into most garage spaces. With its high-performance electric motors, this electric-powered vertical take-off and landing vehicle can carry 2 passengers and travel at speeds up to 44mph (70km/h) with a flight time of 20 to 25 minutes.

CityAirbus
CityAirbus is is a fully electric 4850 pounds (2.2-tonne) air taxi manufactured by AirBus. The CityAirbus is autonomously piloted eVTOL and has a cruising speed of roughly 75 mph (120kmh) up to 15 minutes of flight time. Powered by four 140 kW batteries, its 4 sets of counter-rotating ducted propellers can each provide 881 pounds (400 kg) of thrust for a payload of up to 551 pounds (250 kg). The CityAirbus is the successor of Vahana the company’s first air taxi model.

Heaviside
Heaviside is a high-performance electric VTOL vehicle by Kitty Hawk. Kitty Hawk claims the craft’s electric propulsion system, tiny proportions, and aerodynamic shape make it “roughly 100 times quieter than a regular helicopter and it can cover 55 miles (88 kilometers) distance in 15 minutes while using less than half the energy of a car.” 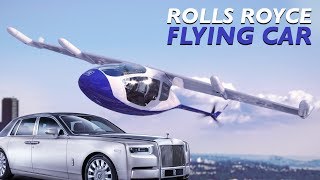 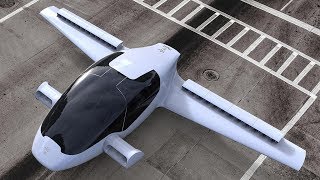